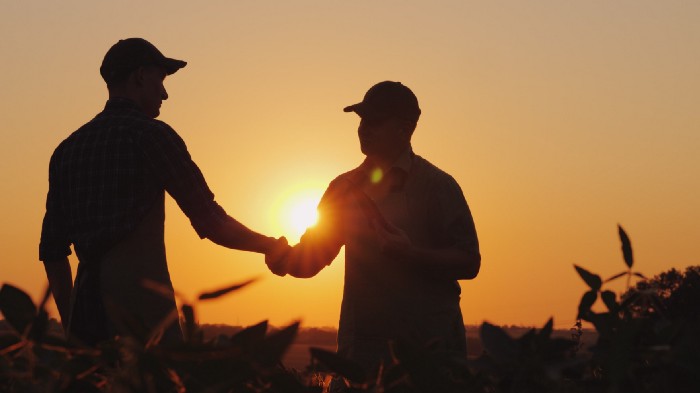 I remember when my Dad first started to hug me. I’m 44 and it wasn’t that long ago but our family has never been that touchy feely. Like most people that were raised in homes socially distanced before it was cool, especially Irish Catholics, eventually you shed decades of bad human training and grab onto the ones you love the most and hold them close. You make that choice because the alternative, actually saying those three words, is damn near impossible and probably won’t happen til years later. I am very much my Father’s son so when someone, that’s never gone out of his way to touch people, tries to hug someone that has never liked to be touched it can get pretty awkward.

It started off as a clumsy bro hug. We’d reach out to shake hands and instead of latching on he’d swipe as if trying to make the air between us cause enough of a current to pull me in closer. I’d get the hint and take a step forward but not before grabbing onto his hand and using it as leverage. The hug was fast and far from intimate but the short squeeze and pat on the back was something I quickly grew to enjoy and even look forward to. It’s also when I developed my feelings on bro hugs. I don’t like ’em and I’ll only do it begrudgingly. I’m a grown man now and I’m not afraid of a hug. If you want to hug me…hug me. My Dad was the first to get this treatment as when we’d meet I’d rush past his hand, reaching towards me, and with both of mine fanned out at 1 and 7 I’d close in, grab and hold tight. Big smile. Little laugh. If I hadn’t seen him in a while I’d even give him one of those moves where you pull your head back before letting go and look ’em in the eye and grin. It’s still clunky and it’s still awkward but I think he loves it. I know I do. So no more bro hugs. Hug me. Or shake my hand.

I don’t miss shaking my Dad’s hand because we’ve swapped it for something far more meaningful between a Father and Son but I do miss shaking the hands of friends and strangers. You see, I love shaking hands. I love how I shake hands. I love that I shake hands. When I first started shaking my friend’s hands I used to love the theater of it. I loved the fact that men would approach each other and engage in this centuries old ritual of familiarity and honesty. “I have no weapons. I’m your friend. You can trust me.” It’s even important to me to have a good handshake. Take their hand quickly, grip firm but not too tight. A few quick shakes, maybe a pat on the shoulder and you’re done. Drink the beer you’ve gathered to drink, wave goodbye to the boat you just sold ’em or respond “any time” to the gratitude they’ve shown. Don’t try to dominate them with a top hand move, don’t lay it out flat to gain favor and if you ever rest your left hand on top to express sincerity you had better mean it. You’re shaking the hand that works, forgives, feeds, binds and consoles. Feigned sympathy will not be tolerated. I even like my dated lessons about a man not offering his hand to a woman’s before she extends hers. That’s not to say I don’t shake women’s hands. In fact, I prefer it. Again, an aversion to too much physical contact, especially with strangers, is engrained and not something I look forward to. Not to mention the fact that kissing on the cheek became a thing a few years back and I’m hoping Covid took that off the table. But I’m happy to shake anyone’s hand. I’ll shake hands with women, men and even children and you should know that I will be judging you as a parent if your kid’s grip is feeble.

Yes I do miss shaking hands. I remember when the virus first started to spread, and we still had chance encounters and naive gatherings, there was an uncertainty to how we should greet each other. Physically it was a nightmare. You lifted your hand and pointed to it like it were someone else’s potentially disgusting, disease-ridden appendage and shook your head as if to say, “you don’t wanna touch this.” You both agreed that distance and a quick nod were all that was needed to convey, “I have no weapons. I’m your friend. You can trust me.” I’ll admit there’s something very stoic and pleasurable in a head nod and done right and timed well it can carry it’s own weight but it’s a distant second to hands that would form destructive fists were they not clasped.

I miss shaking hands. There’s a lot of talk about “getting back to normal” and I’m not sure what that means or what that looks like because there are many things that I’m glad are gone. I don’t miss button down shirts, I don’t miss being stuck in the car and I won’t miss feeling like I have to live in a certain place to do my job. But being able to say “thank you”, “good game”, “I’m sorry”, “deal” or even simply “hello” and “goodbye” with the most useful tool on this earth is something I look forward to doing again soon…with most people anyway.

A few years ago my Father added a quick “love ya” to our goodbyes both in person and on the phone. He’s worked his way up to “love you” and maybe someday he’ll add an “I” at the top but if he doesn’t that’s fine. I know who he is and I know what he means. We moved past shaking hands long before a pandemic forced us all to replace it with a nod. But with everyone else it’s different.

I love shaking hands and I can’t wait til we can all shake hands again without care or concern. I can’t wait til the day when we see each other again, someday soon, and we can agree to be peaceful with each other, to be thankful we’re alive and to not do each other harm. We’ll do what we’ve done for centuries and have a mutual understanding that that’s how we’re going to behave. We’ll do that to show that those are the terms and so we’re both clear and bound…

Let’s shake on it.

Your Team Wants To Know Your Distributed Business Solution

How To Build A Fire

How To Get Rid of Your Colonel Sanders Complex