How To Get Rid of Your Colonel Sanders Complex 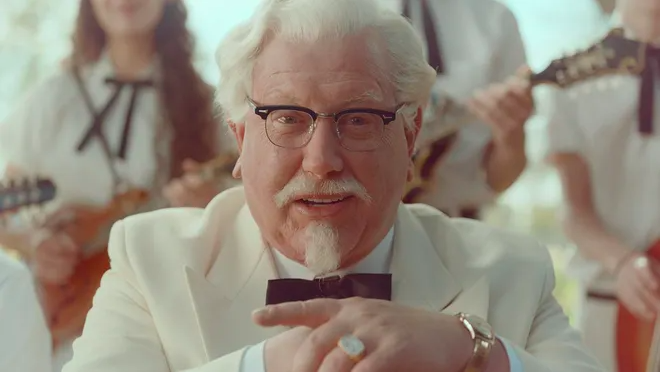 I’m sure everyone that’s ever had a friend tell them, “Dude, you gotta get rid of your Colonel Sanders Complex” has immediately Googled it to find endless pages of stories about people who made it late in life. We all know the story of Lucille Ball grinding it out as a contract actor until I Love Lucy made her a house-hold name in her 40’s. A rise to television fame that late in life is a feat for anyone much less a woman approaching mid-life, in Hollywood in the 50’s.

Then there’s Abe Lincoln. Search “Lincoln success” and you’ll find an incredible list of failure after failure by our 16th President that includes lost jobs, misguided businesses, professional rejection, a nervous breakdown and MANY unsuccessful attempts at running for political office. Finally, at the youthful age of 51, Lincoln ascended to the highest office in the land. Such sticktoitiveness is to be admired and a lesson to anyone wondering if they should just give up.

Of course, there’s Ray Kroc who was on the road selling milkshake machines when he met the McDonalds brothers and discovered their revolutionary approach to making incredibly profitable hamburgers. Kroc would partner with the brothers and eventually rip them off and steal their dream but not before starting his first McDonalds fast food restaurant at the age of 53. The brand would go on to considerable success to say the least.

Before I introduce the next, and titular character, in our story I have to explain why I know all of this. More importantly, I should explain why I know all of this by heart. It’s because I also have an intense Colonel Sanders Complex. At every age of my life, for as long as I can remember, I’ve constantly researched and educated myself on the ages at which “successful” people made it. I’m only naming a few here because they’re particularly advanced for when they achieved their particular success and the shift from who they were the day before to who they became after is so dramatic. There are very few people I’d put on this list that had a slow roll to the top.

The problem isn’t that I have this information readily available but instead it’s why I know all of these details about complete strangers. I don’t know why I started doing this but I know that I’ve always looked a these people and these numbers as a way of forgiving myself for having not achieved great success at a certain age. I was looking for permission to continue and some sort of validation that there was still time…as if the universe cared at all how old I am when something great finally happens.

The truth is the really ugly side of this is that my fixation on success relative to age wasn’t solely focused on famous or historical figures. I certainly know the ages of everyone around me and I’ve certainly been keeping score. That’s the version I hate the most. That kind of thinking only creates resentment and tension and there’s no way of knowing if anyone’s seemingly incredibly success makes them happy or if another’s lack of accomplishment makes them miserable. In fact, it’s rude to even wonder and the real friend would reach out and do whatever they can to improve the lives of the people around them in any way they can. A real friend would make it their goal to make every year of someone else’s life the best that person has ever had regardless of how old anyone is.

But I still do it. I still pay attention when the media shines a light on someone that has done something incredible with their very old life. I see the attention they get and I assume that having made it they’re going to be happy. I don’t stop to think if they already had everything they wanted and this was just a cherry on top or if what happens next could be completely unhealthy. I never stop to and think, “thank God Lincoln didn’t get that job as a land officer when he was 30.” Of course age isn’t the only item on the scorecard. Money, fame, family and health are also on there but age is particularly ridiculous. Mostly because it’s a metric we can’t control and time is a social construct! (but that’s a different article).

Regardless of how you compare yourself to other people it’s never useful. There’s no way of knowing how many happy accidents had to happen for one person to do anything and even less chance of mirroring that or having anything happen on any sort of timeline. What if you’re 29 and you don’t land that gig you’ve always wanted til you’re “old and 30”? Or what if you’re 45, one of the richest people in the world and you realize that your real desire is to become a full time philanthropist, give away all your money and devote your life to helping humanity. That’s what Bill Gates has done and you can make a strong argument that despite everything he accomplished he never realized his true purpose in life until he decided to stop doing the thing that made him the man we all know.

So how do I get rid of my Colonel Sanders Complex? Just stop doing it. I just stop caring about how old I am or how old everyone else is. Stop caring about all those boxes that get checked on that scorecard for a game no one’s winning or even really playing. The things we do are really only important to us because we’ve made them important and success and accomplishments have nothing do with age but are more about quality of life and how useful you’ve been to the people around you. So like so many neurosis that are actually decisions I just do the other thing…the thing that doesn’t make me miserable.

Oh…why is it called The Colonel Sanders Complex. Well Colonel Harland David Sanders was 73 when he sold the Kentucky Fried Chicken Corporation and cemented his story in American business history. The chain had been incredibly successful to that point but the sale made him a household name. For years, as I looked at the list of Lucys, Lincolns and Krocs I would tell myself, “well if I don’t make it by Colonel Sanders I’m f’d.” It didn’t matter that Sanders was not only a serial entrepreneur but an almost habitual failure. His temper got him fired from near every job he had and it was a gunfight, that he started, which resulted in his gas station (and chicken restaurant) controlling the local market…and the death of a business partner. He was seemingly a philanderer who was bitter to the very end at the lowball offer he accepted for a brand that would become one of the largest and most successful in the country. But he made it, right? Yea…at 73. He made it. Now what?

Now do the other thing.

Your Team Wants To Know Your Distributed Business Solution

How To Build A Fire